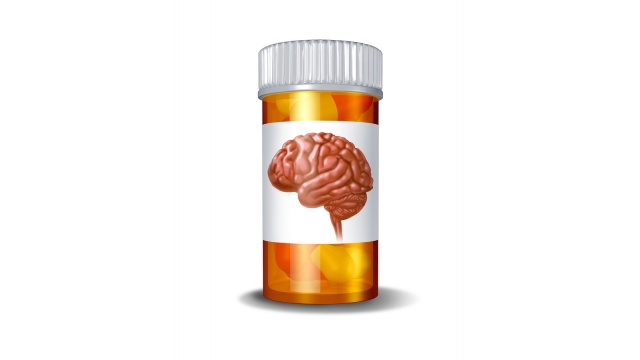 The Citizens Commission on Human Rights (CCHR) has worked for decades to restore human rights and dignity to the mental health industry and regularly holds events in their Center located in Clearwater just for that purpose.

This September, as the country reflects on the tragedy of an unprecedented increased in alcohol, drug, and suicide related deaths, CCHR is hosting a month-long open house in recognition of National Suicide Prevention Month. [1]

Depression, often promoted as a warning sign of possible suicide, is the most commonly diagnosed mental health disorders in the United States. [2] For years it was promoted by makers of antidepressants that depression was caused by a chemical imbalance in the brain. This theory has now been debunked. [3] So, where do we go from here?

CCHR wants to remind you that the same people who precipitated and perpetuated the “chemical imbalance” lie are the same ones that will, no doubt, still recommend psychotropic drugs as a solution for suicide risk.

How did the idea that depression is the result of a chemical imbalance come about?

“The idea originated with psychiatry in an effort to adopt a medical model,” says The president for the Florida chapter of CCHR, Diane Stein, “and like a baton, passed from one relay runner to the next, it was picked up by the pharmaceutical industry and eventually embraced as “truth” by the majority of the American public and in the medical community.” Stein continues, “But there was always one problem from the start; it was a lie. And now the proof of what CCHR has been saying for years – that there is no medical test which proves depression is a chemical imbalance in the brain, has been vindicated.” [4]

In an exhaustive study encompassing decades of research, author and professor Joanna Moncrieff stated, “Thousands of people suffer from side effects of antidepressants, including the severe withdrawal effects that can occur when people try to stop them, yet prescription rates continue to rise. We believe this situation has been driven partly by the false belief that depression is due to a chemical imbalance. It is high time to inform the public that this belief is not grounded in Science.” [5]

Sadly, an estimated 80% of the general public believe that depression is caused by a chemical imbalance in the brain. [6]

“This is the result,” says Stein, “of countless dollars spent on advertising, that rests on a foundation of lies fabricated by the pseudo-science of psychiatry in an effort to legitimize itself. This is their history and the fact that they have been accepted as ‘authorities’ in the field of mental health when statistics of suicide deaths have increased under their watch, should warrant the utmost scrutiny and distrust of any solutions they have or continue to put forward – electric shock, lobotomies, restraints, torture, and mind-altering drugs.”

CCHR invites you to come to their offices at 109 Fort Harrison Ave., for answers relating to this and many other questions. Come tour the Psychiatry: An Industry of Death Museum and learn how you can help or be helped.

About CCHR: Initially established by the Church of Scientology and renowned psychiatrist Dr. Thomas Szasz in 1969, CCHR’s mission is to eradicate abuses committed under the guise of mental health and enact patient and consumer protections. L. Ron Hubbard, founder of Scientology, first brought psychiatric imprisonment to wide public notice: “Thousands and thousands are seized without process of law, every week, over the ‘free world’ tortured, castrated, killed. All in the name of ‘mental health,’” he wrote in March 1969.

[1] Pain in the Nation 2022: U.S. Experienced Highest Ever Combined Rates of Deaths Due to Alcohol, Drugs, and Suicide During the First Year of the COVID-19 Pandemic – tfah.org/report-details/pain-in-the-nation-2022/

[4] Is the chemical imbalance an ‘urban legend’? An exploration of the status of the serotonin theory of depression in the scientific literature – sciencedirect.com/science/article/pii/S266656032200038X