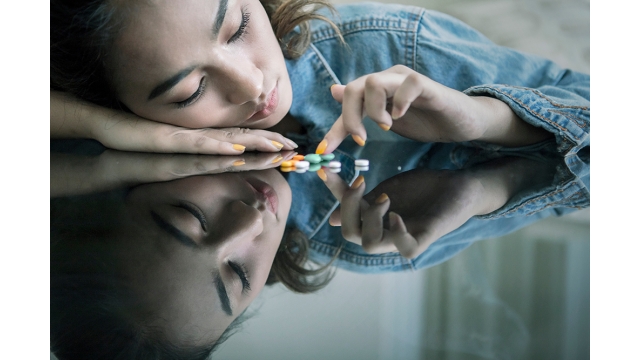 The Citizens Commission on Human Rights International, a mental health industry watchdog, responded to recent media reports that raise concerns about potential risks to the more than six million American children and adolescents taking prescription psychotropic drugs. One expert characterized it as “a generation of child guinea pigs.” The New York Times exposed how “…many psychiatric drugs commonly prescribed to adolescents are not approved for people under 18. They are being prescribed in combinations that have not been studied for safety or for their long-term impact on the developing brain.[1] Roughly half of the drugs were not approved for use in adolescents, although doctors are allowed to prescribe them “off-label,” meaning not established as safe and effective by the Food and Drug Administration.

CCHR documents senseless acts of violence being committed by those who may have been influenced by psychotropics prescribed them, or from their withdrawal effects. It recently chronicled a sample of 125 incidents since the late 1980s when a new wave of antidepressants were launched and which, by 2012, were linked, according to a leading psychopharmacologist, to 90% of school shootings.

One of those school shooters was a 19-year-old whom recent media disclosed from trial evidence had been prescribed antidepressants, stimulants or antipsychotics since the age of six. Experts claimed his treatment had been “inconsistent” throughout 16 years of undergoing it but never discussed the potential violence- and suicide-inducing effects of drugs, including during withdrawal which can affect an individual for months and even years.

A reporter from The New York Post questioned: “Why does obvious damage to children go ignored for so long?” and commented: “This is horrifying. This is a travesty.” But as she pointed out, “This is a very old, known problem.”[2]

Jan Eastgate, President of CCHR International, said: “It’s a problem CCHR has been exposing for decades. While there are some psychiatrists that are outspoken about this, the majority of psychiatry and medicine has been notably silent, preferring to endorse the widespread drugging of children rather than acknowledge the documented risks.”

In a review of a sample of 125 school and community acts of senseless violence committed since the late 1980s by those with a history of psychiatric treatment, including taking or recently withdrawing from psychotropic drugs–many of them carried out by teens and young adults–Eastgate says that a frightening common denominator is the perpetrators’ calm and disassociated demeanor while carrying out the act.

“While not everyone taking antidepressants or other psychotropics will become killers, unfortunately, it is a certainty that a percent will,” Eastgate adds. “And it is the chilling lack of emotion one reads about in the stories of these killers that sets you on edge.”

For instance, a 2010 study published in the journal Psychiatry investigated how SSRI antidepressants had been associated with drug-induced indifference, both in behavioral and emotional terms, suggesting the link was “under-recognized (e.g., it is characterized by low insight in those afflicted, particularly children and adolescents).”[3] Studies from Oxford University have shown that between 46% and 71% of antidepressant users have experienced emotional blunting during treatment, which can manifest in feeling less empathy for others.[4]

In the 125-case analysis, one man, who had been prescribed three different psychiatric drugs, “killed with a calculated coldness,” witnesses said. When a victim begged, “Don’t kill me, don’t kill me,” he told them, “Aw, shut up,” and blasted him to death, then calmly shot another, saying: “Bye-bye.”

— School behavioral officials described a 15-year-old as “calm” the day he went on to kill four and wound eight others at the school.

— A 21-year-old “calmly walked” into a plaza, and stabbed and wounded shoppers using a machete, witnesses said.

— A 23-year-old “picked his victims at will in a calm manner,” ending the lives of four innocent people. During his trial, he could not remember why he did this.

— An older man “calmly” and “without expression” murdered seven co-workers.

— Another, who had been under psychiatric treatment for decades, posted a video before killing 10 and wounding 13 others, stating that those who treated him “are people that were supposed to be helping me. They made me worse. They made me more dangerous than anybody could…imagine.”

Regarding the deaths of the perpetrators in these documented cases:

— 18 between the ages of 12 and 24 committed suicide during the crime.

— Another 28 committing suicide were adults between the ages of 25 and 64.

— 17 were killed by first responders to the crime, mostly police, of which three were aged between 17 and 20–arguably cases of “suicide by cop.”

— In at least 12 cases, where the psychiatric drug was named, antidepressants were indicated, FDA warns against their prescription to anyone younger than 24 because of the risk of inducing suicidal behavior.

Because those prescribing the drugs refuse to recognize the risks, the consumer is none the wiser that a raging and irrational urge to kill and willingness to die for it may be psychotropic drug-induced.

What is clear from the reports is that there is little evidence that toxicology tests are conducted in every case to determine any pattern of drug influence. This must change, CCHR says. This should be a bipartisan issue to mandate such testing.

In the interests of informed consent and safeguarding children, all consumers and parents should be aware of these facts. CCHR has long reiterated that no one should stop suddenly taking a prescription psychotropic without medical advice and supervision.

New York Post reporter, Karol Markowicz, commented in her story: “These are our children, and they deserve far more care and attention than they’re being offered by the medical establishment. First, do no harm. But first, stop doing harm to children.”[5]