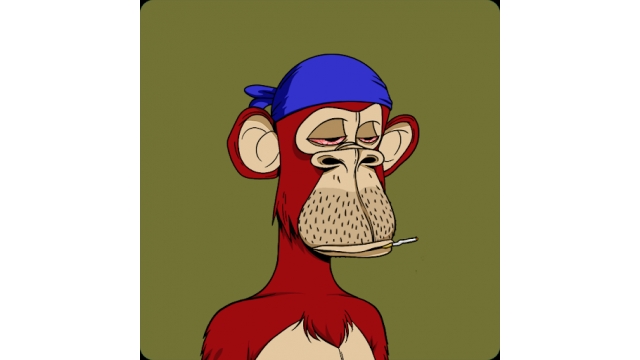 Art is the most common use case for NFTs, and it is no wonder that crypto art in NFT form has recently exploded in popularity. The novel blockchain technology creates conditions allowing artists to earn millions of dollars from digital paintings. It heralds the NFTs technology to help creators connect directly with fans by tokenizing artistic and creative work.

Crypto art is generally associated with unique art pieces created by well-known artists and sold at auction. However, art in crypto is produced mainly by unknown talented beginners.

NFTs are essential for democratizing creative endeavors since more people can get involved. Enthusiasm for specific NFT projects has led to unprecedented moments in the crypto world.

Long before Ethereum existed, the concept that became the driving force of NFTs was already thought up. In 2012, a paper by Meni Rosenfield introduced the ‘Colored Coins’ vision for the Bitcoin blockchain.

The idea of Colored Coins was to describe a class of methods for representing and managing real-world assets on the blockchain to prove ownership of those assets, with an added ‘token’ element that determines their use, making them segregated and unique.

The limitations of Bitcoin meant that the Colored Coins concept could never be realized; however, the foundation for the experiments led to the invention of NFTs.

In 2014 digital artist Kevin McCoy minted the first-known NFT ‘Quantum’ on the Namecoin blockchain. ‘Quantum’ is a digital image of a pixelated octagon that changes color and pulsates.

After these events, significant experimentation and development occurred, which led to the Ethereum blockchain starting its initial reign over NFTs. The Counterparty platform (Bitcoin 2.0) was established to enable digital asset creation.

Spells of Genesis followed behind Counterparty and began pioneering in issuing in-game assets. The age of the meme saw the release of a host of Rare Pepes NFTs on the Counterparty platform in 2016.

Important to note, however, is that the Bitcoin blockchain was never intended to be used as a database for tokens representing the ownership of assets, and thus began the significant shift for NFTs to the Ethereum blockchain.

The NFTs’ shift to Ethereum was backed up by introducing a set of token standards, allowing the creation of tokens by developers. The token standard is a subsidiary of the smart contract standard, including informing developers how to create, issue and deploy new tokens in line with the underlying blockchain technology.

Two software developers, John Watkinson and Matt Hall followed up the success of the Rare Pepes with their generative series of NFTs on the Ethereum blockchain, which they branded as CryptoPunks.

The experimental project, limited to 10,000 pieces with no two characters the same, was inspired by London punk culture and the cyberpunk movement. CryptoPunks are considered some of the first NFTs created and initially offered for free.

NFT collections, including the pioneer CryptoPunks and the Bored Ape Yacht Club, are examples of generative art. These popular collections are created by assembling various simple picture components in different combinations.

CryptoKitties is a virtual game based on the Ethereum blockchain, and the game enables players to adopt, breed, and trade virtual cats, storing them in crypto wallets.

Decentraland (MANA), a decentralized VR platform on the Ethereum blockchain. It is an open-world gaming platform that allows players to explore, play games, build, and collect items. NFT gaming and metaverse projects were the first to break ground in this space. Following the massive success of CryptoKitties, NFTS gathered more public attention.

The Year Of The NFT

A massive explosion and surge in NFT occurred. The most significant factor was the profound changes within the art market and the industry.

Blockchains such as Cardano, Solano, Tezos, and Flow became involved. With these newer platforms for NFTs, new standards were established to ensure the authenticity and uniqueness of the digital assets created.

How to sell digital art as NFTs

NFT sale is the endpoint of NFT minting. Most NFT platforms have a feature to choose a selling method or an option to set a price for the NFT while minting.

The only criteria to sell a freshly minted NFT is to specify the selling price. Some platforms set a royalty percentage, the amount received in case of future sales.

To sell an NFT is through an auction so that buyers can browse and bid on the digital art. There are two types. Some auctions may be online-only, while others may end in a full-fledged live auction.

The first type is an English auction, an increasing price auction where the highest bid wins. The second type is a Dutch auction, a decreasing-price auction in which the price drops until someone buys the NFT.

The Future Of NFTs?

NFTs are here to stay and will be a considerable part of the art world’s future. The art market has transformed, and the results of the pandemic on the art market have caused an even more significant shift. There are endless opportunities and unlimited potential for the future of NFTs now that they exist within the mainstream space.

The NFT project is where storytelling and content creation are at the forefront. They represent digital ownership and can describe any asset.

It is almost impossible to envision a world where NFTs do not exist. The technology offers attractive benefits. Establishing digital ownership, global traceability, transparency and traceability, and growing [real-world] utility.

Establishing digital scarcity, rewarding creators, and establishing a global and interconnected market for trading and other business operations is appealing. The big question is whether those benefits will lead to broader mainstream adoption of NFT technology.